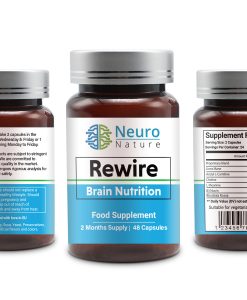 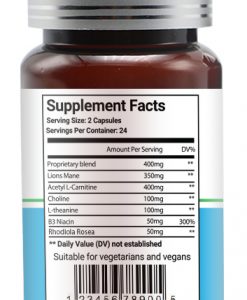 * Not valid in conjunction with other promotions and/or discounts.

Rewire consist of 7 different natural ingredients that by themselves has properties that promotes healthy brain functions. Together they are even more powerful!
By making a stack of the ingredients they work in multiple bio-pathways to optimise a wide array of cognitive functions — for whole-life mental performance.

Magic truffles are the sclerotia of magic mushrooms. They are masses of mycelium that contain the hallucinogenic compounds psilocybin and psilocin. The main difference is that mushrooms grow above the surface of the soil, where truffles grow under the surface of the soil. Truffles contains less water than mushrooms and are more consistant in terms of producing the same amount of active ingredients each time, which makes the size of the doses much more predictable.

Here are some of the potential benefits:

Lion’s mane is a large, white, shaggy mushroom that resembles a lion’s mane as it grows.
It has been used in traditional Chinese and Japanese medicine throughout history.
Lion’s Mane stimulates Nerve Growth Factor (NGF) production, which may help with neural regeneration and myelin nerve sheath synthesis. Optimised NGF may support brain plasticity for storage of new learning and memories, as well as promoting robust brain cell replication and healthy brain cell membrane function.

Lion’s mane has various beneficial effects that are based on three important properties of this mushroom: it decreases inflammation, acts as an antioxidant, and stimulates the immune system.

Here are some of the potential benefits:

There are several types of carnitine, but Acetyl-L-carnitine, often called ALCAR, is possibly the most effective form for your brain. Studies suggest that it may have beneficial effects on brain function for people with neurodegenerative diseases.

Acetyl-L-carnitine can have beneficial effects such as:

Alpha-glycerophosphocholine (Alpha-GPC) is a choline compound that is used for its cognitive-promoting properties, and to enhance power output in athletes. It appears to also support cellular membranes, and may aid in preventing cognitive decline.

Choline is a precursor of acetylcholine, which is a neurotransmitter that plays a role in muscle movement, thinking, working memory, and other aspects of the brain. Low levels have been associated with memory impairment and brain disorders.

Alpha GPC have been associated with benefits such as:

L-theanine is an amino acid that can increase feelings of calmness and may be linked to increased creativity.

It helps to increase the activity of alpha brainwaves, which are associated with a state of wakeful relaxation and enhanced creativity. It seems to settle excitable neurotransmitters while promoting calming neurotransmitters like serotonin, dopamine and GABA. It may also protect neurons from damage, potentially helping to maintain clear thinking during the ageing process.

Most known for helping people to relax, L-theanine has many other potential health benefits, including:

Niacin or vitamin B3 is one of the eight water-soluble B vitamins. It is also known as nicotinic acid, niacinamide and nicotinamide.
As with all B vitamins, niacin helps convert food into energy by aiding enzymes.
Specifically, niacin is a major component of NAD and NADP, two coenzymes involved in cellular metabolism.
Niacin acts as an antioxidant and plays a role in cell signalling and DNA repair
Deficiency can manifest as depression, headache, memory loss, and confusion.

Rhodiola rosea is a natural herb that grows in the cold, mountainous regions of Europe and Asia.
Its root contains more than 140 active ingredients, the two most potent of which are rosavin and salidroside.
It is an adaptogen, which increase your body’s resistance to stress, especially the brain and the immune system.
Rhodiola rosea have been used to treat anxiety, fatigue and depression for centuries.

Only logged in customers who have purchased this product may leave a review. 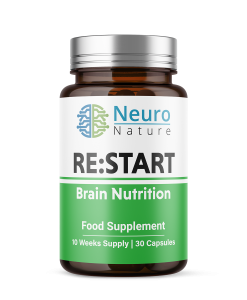